Companions in The Waylanders are special NPCs who join the player to form a party that ventures out in the field. As you progress throughout the game, you will be able to meet these NPCs who you can recruit to your party as a companion, some may be recruited automatically, while some may require you to meet certain conditions before they are recruited. Companions are vital and helpful to your journey since each one of them has different stats, strengths, weaknesses, gear, and combat style, they can aid you through fighting enemies you encounter, as well as to guide you by giving hints, tips, and important information. This page covers a full list of all the companions in The Waylanders. 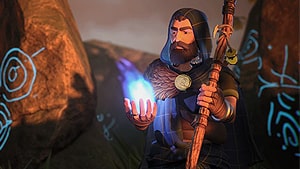 Despite being only thirty at the start of the game, Amergin is the Master Druid for the court of King Ith. Amergin is bright, inspired, excited about life, and incredibly good at magic. He is known for his charm and his sharp wit. He believes with all his heart that the world is out of balance, and he has devoted himself to becoming part of the solution. 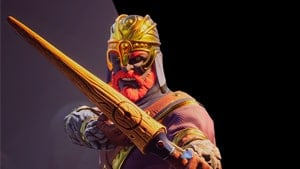 Studious, serious, and sometimes overly blunt- Berath is a quiet, yet snarky immortal professor. Underneath his often cold & analytical exterior is a kind, gentle soul. Don’t be fooled by his passions for crafts, cooking, and plants, though- Berath is generally one of the most dangerous and deadly people in the room. 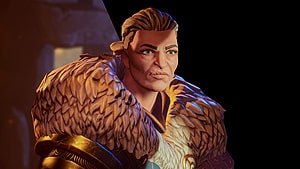 Brigg, who is about to turn 50, is your oldest non-immortal party member in the game. They had been a commander in King Ith’s army until they retired a few years ago in order to allow their young protegeé, Tiana, to take her place. Brigg supports Tiana completely. 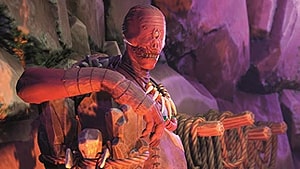 Delba is the youngest daughter of the Fomorian king. Still centuries old, she is one of the youngest Fomorians in general. Her mother disappeared to the surface when she was a child, and she’s been obsessed with exploring the human world since. Delba has a vision that the Fomorians will be able to show the humans that they’re not monsters, and will one day find a happier life on the surface. 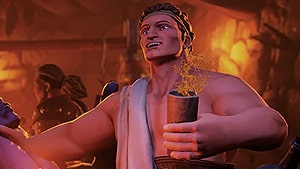 A greek mercenary in his early twenties, Heraklios loves glory more than anything else in the world. He insists that ever fight be as fair as possible, almost to the point of an obsession. He will sometimes make a situation substantially harder on himself just so that he can live up to that sense of fairness. 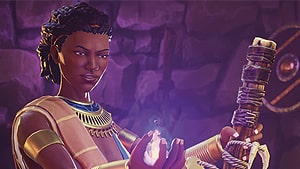 Khaldun is in her mid-twenties, and is intelligent as hell. The eldest daughter of a noble family in Meroe, in The Kingdom of Kush. Her necromantic powers come from her unwavering faith in the Egyptian pantheon, and she is a devoted priestess to the god Osiris. This may put her into direct conflict with some of your devout Celtic party members on occasion. 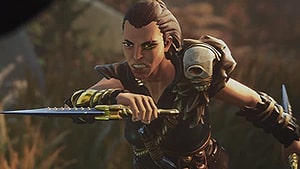 Mal is a mid-thirties, tough-as-nails butch who loves violence for the sake of violence. Luckily, she has channeled this love into a useful career, killing dangerous monsters. She doesn’t talk much, would rather be caught dead than in a dress, and enjoys smelling a little bit like death to keep people from talking to her. The only time she’s seen smiling is when she’s killing something… or licking her knife after doing so. 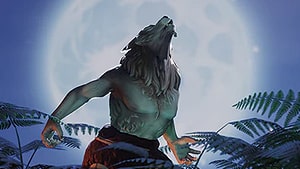 The werewolf curse has intensified over time, as each new generation becomes more lupine than the last. Rea was the first werewolf to be born without speech. She walks on all fours. But do not be deceived- she is more intelligent and empathetic than most humans. And she is definitely not a dog. 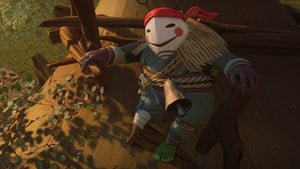 Trasté is a Goblin! Trasté care very hard. Trasté wish Trasté was a people. You changed from one thing into another thing. Maybe you can make Trasté a people?? Worth a try!!!